Are you concern about the email security in G Suite ? Here are some facts.

By Varuna Perera October 04, 2017
The subject of email security is very much of the time in the news. On September 22, 2016, the story broke that information related with 500 million Yahoo! email accounts had been stolen in 2014.

There are many reasons why programmers invest their energy attempting to invade email servers and email customers. Once in a while it's to take protected innovation. Different circumstances it's to take physical property. It can even be with the end goal of affecting general feeling about a political applicant or another sort of open figure. 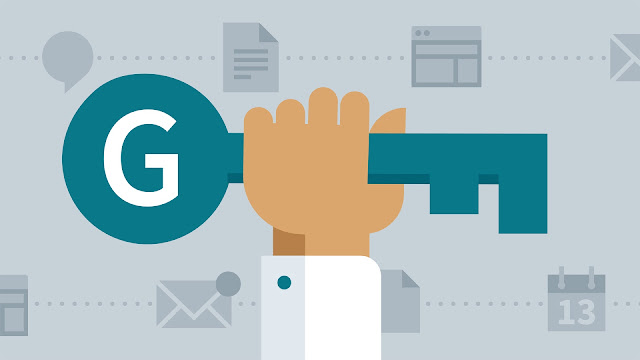 For an organization that settles on the choice to utilize a cloud-based email and information stockpiling framework, for example, G Suite, what are the affirmations that organization email and other information isn't just secure from outside aggressors, including those that depend on clients clicking something they shouldn't?

Google has distributed a 23 page archive called Google for Work Security and Compliance Whitepaper. Unless you're an IT proficient, the points of interest in this whitepaper may influence your eyes to coat over — however it's as yet worth skimming through the pages to comprehend the general extent of the security exertion.

In view of the whitepaper, here's only a little testing of what it takes for a cloud merchant to secure email and other client information.


A Culture of Security

By Yeshica Fernando March 14, 2019
Google vault will be supporting two new formats in the future, Gmail confidential mode emails & Jamboard files stored in Google Drive. Google Vault gives you a chance to retain, hold, search, and export data to support your organization’s retention and eDiscovery needs. This dispatch includes support for new information types with the goal that you can thoroughly oversee your association's information. What happens when individuals in your association sends confidential messages? Vault can hold, retain, search, and export all confidential mode messages sent by users in your association. Messages are constantly accessible to Vault, notwithstanding when the sender sets a termination date or denies access to private messages. Here’s an example of what admin@ink-42.com will see in Vault when they search for sam@ink-42.com and preview this email sent by lisa@ink-42.com . But It’ll not work vise versa. Admins can hold, retain, search and export message headers and s
3 comments
Read more

By Yeshica Fernando August 28, 2021
Cloud Storage is a global, secure, and scalable object store for immutable data such as images, text, videos, and other file formats. You can add data to it or retrieve data from it as often as your application needs. The objects stored have an ID, metadata, attributes, and the actual data. The metadata can include all sorts of things,  including the security classification of the file, the applications that can access it, and similar information. The ID, metadata, and attributes make object storage an appealing storage choice for a large variety of applications ranging from web serving to data analytics.    Storage classes You store objects in buckets that are associated with a project, which are, in turn, grouped under an organization. There are four storage classes that are based on budget, availability, and access frequency.  Standard buckets for high-performance, frequent access, and highest availability - Regional or dual-regional locations for data accessed frequently or high-th
2 comments
Read more

By Yeshica Fernando March 11, 2021
Want to know the latest from Google Cloud? Find it here in one handy location. Check back regularly for our newest updates, announcements, resources, events, learning opportunities, and more.  Week of Mar 8-Mar 12 2021 Learn about the value of no-code hackathons —Google Cloud’s no-code application development platform, AppSheet, helps to facilitate hackathons for “non-technical” employees with no coding necessary to compete. Learn about Globe Telecom’s no-code hackathon as well as their winning AppSheet app  here . Introducing Cloud Code Secret Manager Integration — Secret Manager  provides a central place and single source of truth to manage, access, and audit secrets across Google Cloud. Integrating  Cloud Code  with Secret Manager brings the powerful capabilities of both these tools together so you can create and manage your secrets right from within your preferred IDE, whether that be VS Code, IntelliJ, or Cloud Shell Editor.  Learn more . Flexible instance configurations in Clou
1 comment
Read more

New intelligent suggestions for formulas and functions in Google Sheets

By Kavishka Rodrigo August 29, 2021
You’ll now see in-line, sequential, context-aware suggestions for formulas and functions when working with data in Google Sheets.  Formula suggestions will make it easier to write new formulas accurately and help make data analysis quicker and easier. Simply begin inserting a formula in Sheets—suggestions will be automatically displayed and as you continue to type. You can view additional incremental suggestions in the drop-down menu. We hope these formula suggestions make it easier and faster for you to work with and analyze your data. Admins: There is no admin control for this feature. End users: This feature will be available  by default and can be disabled by going to Tools > Enable formula suggestions or from the three-dot menu of the suggestion dialog box. Rapid Release and Scheduled Release domains: Gradual roll-out (up to 15 days for feature visibility) starting on August 25, 2021 Available to all Google Workspace customers, as well as G Suite Basic and Business customers
Post a Comment
Read more

By Unknown April 22, 2022
Your Support Partner For Google Workspace / Microsoft 365     Remote work is here to stay. Forbes.com mentions the percentage of "remote-capable" professionals who expect to work part of their time in the office and part of their time elsewhere—even if it's just one day a week—has risen to 53%, with even more, 59%, indicating that this is their preference. Today, 42% of respondents indicate they work in a hybrid arrangement, and 53% believe they will continue to do so in the future. With this emerging yet consistent trend, it should always be backed up with responsive & effective system support for your Google Workspace - which also provides you with the top notch collaboration tools to connect, create & collaborate.  1. Support at your ease.  Our Google Workspace Service offering thrives to enable you the full potential to work from anywhere, anytime. We stand by you for any Google Wor
Post a Comment
Read more
By Unknown May 24, 2022
Every sustainable business realizes that cloud migration is essential for long-term success. However, many people are hesitant to begin the migration process because they fear data loss and are hesitant to take such an enormous leap. Nevertheless, the reality is that  data will continue to grow, necessitating additional infrastructure to handle it, both in terms of data storage and processing power for effective use of data. Organizations that are hesitant to transition to the cloud sometimes miss out on the benefits that cloud-native capabilities can deliver, such as faster machine learning timelines and the potential to leverage artificial intelligence to harvest more insights from data. If at all your organization is hesitant to move to the cloud, we got you covered! Finetech offers end to end service in all aspects of Data Migration. This would not only from on-premises to the cloud, but also : Cloud (3rd party Cloud Email providers) to Google Cloud PST (local archives) to Google C
1 comment
Read more
By Unknown May 17, 2022
Big announcement!  As a part of our growth, Finetech is pleased to announce the expansion of our business in Bangladesh. With 12 years of excellence in helping organizations to digitize and providing with all aspects to keep up with the relevant, and up-to-date technology required to create an efficient workplace, Finetech Pledges to do so for the years to come throughout South Asia. As an objective to bring about the best Cloud services to South Asia, we have now kick-off our venture in Bangladesh.  We have identified Bangladesh as a fast developing country, and the need for an efficient work environment has been in need ever since. We understand the urgent technology challenges organizations face with incessantly changing tortuous business requirements. We also understand that orthodox ways of seeking solutions for these problems are no longer valid in the present day. We at Finetech believe that Cloud is the next big wave in technology. Our purpose is to bring the best of Cloud solu
Post a Comment
Read more